Sorry it's taken so long on updating from 1.7.4 to 1.7.10. Time constraints, forgetting and lack of being bothered sometimes has been the issue.

I've had a stable version of the server using 1.7.10 for a while apart from idle CPU usage went from 0.3% - 0.9% to 18% - 25%, it took me a while to find the issue although I knew it was an issue with my plugins due to removing them fixed the issue, I kind of made a mistake in implanting UUID's due to rushing, I was constantly pinging and overwriting UUID data on my plugins.

I've removed my plugin "TechCraftInv" and replaced it with Multiverse-Inventories (although slightly edited it) because I was already using MV and it would fit and run better with MV itself.

I know the server's been unstable/buggy for a long time, disappearing permissions, time ranking not counting anyone who's recents play time and crashing. Those are all fixed with many other little bugs and performance improvements have been made too.

Lastly, I've changed the sloppy implementation of the Website or Super Web ranks by having to type in a total of 3 codes for main, legit and creative worlds, and the confusing '$' instead of '/' because I thought it would be better for a code to stand out from a command but that just brought confusion.

TechCraft 1.8 is being prepared, although not started due to the bukkit 1.8 API not being available yet.

Note: If you have lost your rank such as you were Helper or TechCrafter and you're now a user, please inform me so I can fix that. 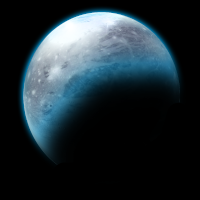 First of all, yay! TechCraft is on 1.7.10, it took a really long time, but finally it has been done. Thank you!

Second, I logged in and found out you cannot complete the spawn rooms in Creative mode. Do you think this can be fixed? TechCraft spawn rooms bug (9.7.2014 Minecraft version 1.7.10)

Thanks for finding a stupid bug that I will have to stupidly fix because I was stupid I'll fix the stupid problem tomorrow.

Axe Villager wrote:Why is the server down at the moment (at least not showing online for me)?

Sorry, it's back up. I restarted it without the start. I thought I started it but clearly not.